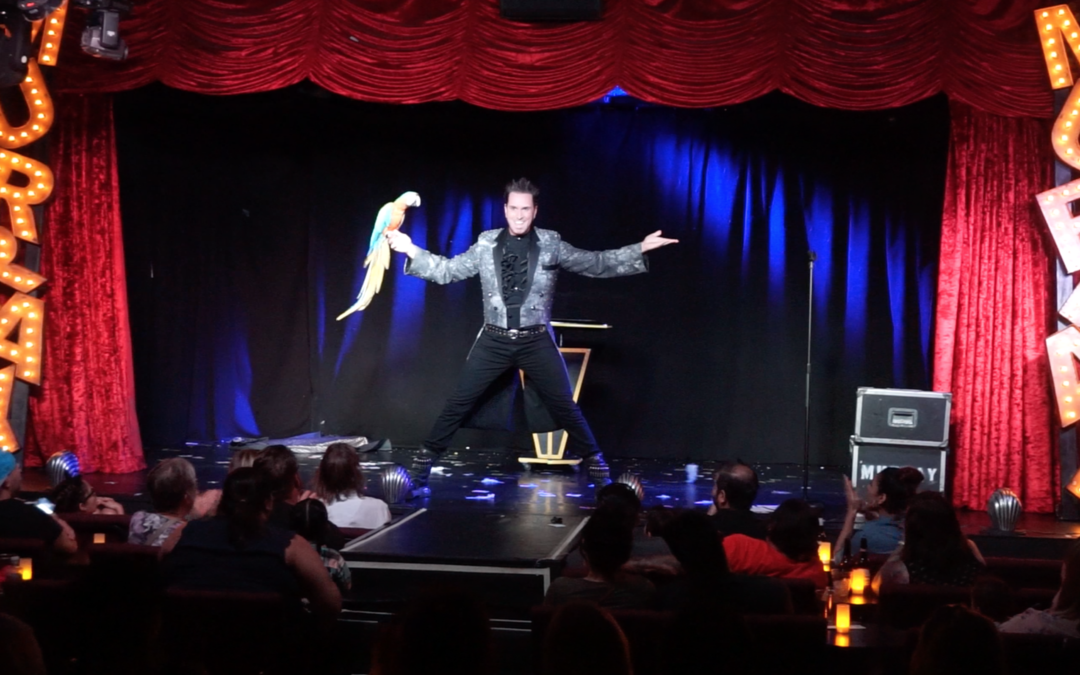 Planet Hollywood Resort and Casino in Las Vegas, Nevada was greeted by the sound of cooing doves and the boisterous conviviality of camelot macaws, as Moab’s Thrillusionist David DaVinci entered the casino during the final week of August to guest star in Murray The Magician’s show.

With the theater packed full of celebrities, showgirls, and vacation goers, David stunned the audience with his gold medal, world champion dove act, where doves materialize from thin air; then visually morph into a large macaw at the end of his act.

With more than 5,000 performances over the past 15 years of touring six continents and more than 50 countries, DaVinci has honed his craft for audiences of all ages and demographics, making him the perfect fit to headline on the Las Vegas strip.  But fortunately for Moab, he put roots here.

“For the past ten years, my wife and I have been coming here to fly our exotic parrots in Castle Valley, letting them be free to do what birds were meant to do; fly freely.  With just one call, they fly back to us.  It’s a true testament to our relationship with these magnificent animals,” DaVinci says as he casually resets for another performance.  “Now we’re blessed to live here and raise our daughter in the most beautiful place in the world, Moab.”

Thrillusionist David DaVinci, performs live Wednesday, Thursday, Friday & Saturdays through October 13 at the David DaVinci Theater inside of Canyonlands By Night on the north end of Moab.  Tickets are available online at www.BestShowInMoab.com or by calling 435-259-5261.